The Palace of the Sun King

The Palace of Versailles (Château de Versailles) was the principal royal residence of France from 1682 under Louis XIV until the start of the French Revolution in 1789 under Louis XVI. It is located about 20 kilometres (12 miles) southwest of the center of Paris.
What started out as a simple hunting lodge, the Palace took on its present shape over the course of a succession of monarchs to become the awe-inspiring architectural and cultural masterpiece it is today.  Louis XIV enlarged his father's old lodge thru a series of building expansions and moved his Court, creating a glittering but stifling formal atmosphere which he controlled down to the most minute detail.  Louis XV updated his predecessor's interiors with a new light (but heavily gilded) Rococo style, and finished the Opera House and neoclassical Gabriel wing.  That is, when he wasn't busy with one of his mistresses, including the famous Madame de Pompadour and Madame de Barry.  Louis XV's grandson, another Louis (XVI) and his wife Marie Antoinette would come to have the Palace of Versailles be their downfall-a symbol of the French monarchy's excessive, gluttonous, absolutist ways.

After several revolutions, changes in governments, and multiple monarchs, King Louis-Philippe decided to open the Museum of the History of France, dedicated to "All the Glories of France," located in the North and Midi wings of the Palace.  The museum added the Gallery of Battles, the Consul and Empire Rooms, Crusades Rooms, and others.

The Palace has seen some additions since the museum was created.  The Parliament rooms, including the great Hall of Congress where the two chambers of the French legislature meet when in joint session, were added after the Franco-Prussian War.  So while most people think of Versailles as just a palace museum, it in fact is a working government building!

Often-imitated but never duplicated, the Palace has inspired artists, architects, world leaders, robber-barons and others as not only a grand display of art and pomp; but as a testament to a different era - an era when the monarch was the Sun around whom the Court and country revolved.

The palace is now a historical monument and UNESCO World Heritage site.  The Palace was stripped of all its furnishings after the French Revolution, but thanks to on-going restoration works since the mid-19th century, many pieces have been returned and many of the palace rooms have been restored.

In 2017 the Palace of Versailles received 7,700,000 visitors, making it the second-most visited monument in the Île-de-France region, just behind the Louvre and ahead of the Eiffel Tower. 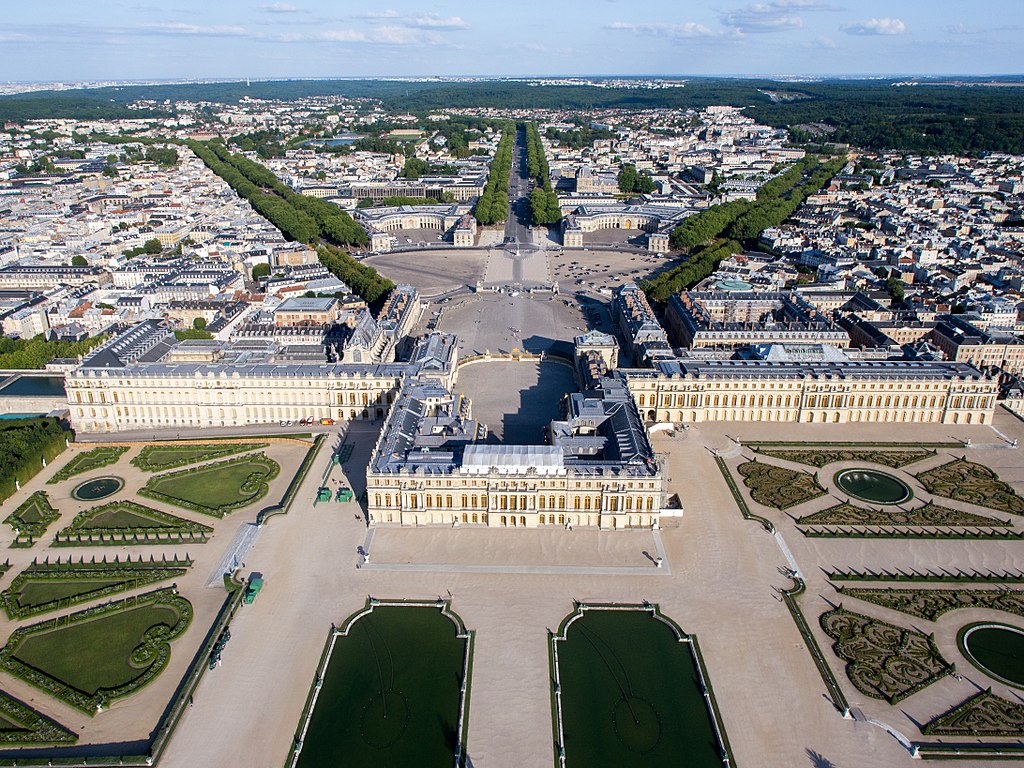 For more information, visit: ​http://en.chateauversailles.fr/
​or any of the other great sites featured on the ABOUT SIMS VERSAILLES page